In ancient Japan, only available “Kashi” 菓子 (sweet snacks) were just nuts, berries, and fruits.
Japanese diet dramatically changed after rice farming was introduced from China during the Yayoi period (B.C.300-A.D.250).
People mainly ate rice, wheat, foxtail millet, and barn grass, while also hunting animals like boars, deer, and fishes.
In addition to grains, people raised beans like adzuki and soy. They also grew gourds like watermelons and pumpkins, as well as fruits such as peaches, plums, apricots, and persimmons.
Despite the introduction of agriculture, there were still not enough crops to feed everyone; thus, people ate nuts and fruits between meals.
Even today, people call fruits “Mizugashi” 水菓子 (watery sweet snacks) in Japan, the historical trace is visible since ancient people used to use the same word to refer to fruits and nuts.
Because most of nuts had sharp bitter taste, they needed to be dried and soaked in water to moderate the taste before eating them as gruels or quasi-dumplings.
In this way, nuts and fruits likely changed their dietary function for Japanese people from a main source of food to snacks between meals.
There is a myth about Tajima-mori, a person who became a god of sweets called “Kaso-shin”, and a “Tachibana” (small bitter citrus).
According to Nihon-shoki and Kojiki, ones of oldest literature in Japan, the 11th Emperor Suinin ordered Tajimamori to go to search for a spiritual medicine for immortality, “Tokijikuno-kakuno-konomi”, a Tachibana, over the sea.
When he came back from the expedition 10 years later, the Emperor had been already passed away. Overwhelmed by grief, Tajima-mori killed himself in front of the emperor’s tomb after offering Tachibana to an altar.
Since nuts and fruits used to be called Kashi, Tajima-mori who brought back Tachibana became a god of sweets; and he is now worshiped in shrines in Japan.

During the Nara and the Heian periods (710-794, 794-1185), “Kara-kudamono” (Chinese sweets) was introduced from China, and it radically changed the history of Japanese sweets.
Kara-kudamono was a deep-fried sweet made with wheat or rice flour, mixed with sweetener called “Amazurasen” and salt. At that time, sugar was a valuable import for medical use; this is why Amazurasen, boiled ivy sap, was used as a sweetener. In the beginning, Kara-kudamono was not for commoners but for religious and imperial events. However, people contrived to make it more accessible and invented Kashis such as “Okoshi” and “Senbei” (both are types of rice crackers).

The Tradition of “Tenjin”

Once entered the Kamakura period (1185-1333), Zen priests who had gone to China brought back a culture of tea and “Tenjin”.
People in Japan used to have two meals a day, breakfast and dinner, but in China, people had meals and Tenjin (snacks or light meals to eat between meals). Chinese people often had light meals like “Atsumono” (Soup), “Manju” (Steamed buns), and “Men” (Noodles).
Within Atsumono as a genre, there was a “Yokan”. Unlike today’s Japanese sweets, Yokan was a soup with a ram. However, since Zen priests were prohibited to have any meat, they used steamed red bean powder, rice powder or wheat flour as substitutes for meat. It is said that Yokan as we know today was created sometimes later when soup itself disappeared.
Manju was introduced by Shoichi-Kokushi (the highest honor for Zen priest) Enni Bennen and Jo-in Lin from China.
Enni Bennen introduced a recipe for “Sake-manju” (*See “Manju” for detail) at Hakata in Kyushu region (the big island southwest of mainland Japan). This Manju is called “Toraya-manju”. He is also known for the introduction of Tenjin, such as Yokan and Men.
During the Muromachi period (1336-1573), Lin came to Japan and introduced a recipe for “Yaku-manju”, a Manju that used baking powder.
Just like Yokan in Tenjin, some meats were used for a filling of Manju, so that Lin used adzuki beans to create “An” (sweetened, and salted adzuki paste) as a substitute.
Lin was naturalized in Japan, and his descendants took Shiose as their last name. “Shiose-manju” is still popular in Japan today.
There was a synonym of Tenjin, “Chanoko”. It referred to dried ingredients like walnuts, lavers, kombu kelps, and dried shiitake mushrooms. Tenjin as a word signified “easing one’s hunger”, but Chanoko meant to “Chauke”, that was, small amount of food to stimulate one’s appetite before having tea.

Tea Culture and The Introduction of Western sweets

The introduction of western sweets during the Muromachi period had a huge influence on the way in which Japanese sweets were made. Sweets like sponge cakes, cookies, sugar candies, and toffees were brought by the Spanish and the Portuguese. These western sweets, as they used so much white sugar and eggs, were entirely different from Japanese sweets, and people were drawn to the unfamiliar taste.
Meanwhile, Japanese tea ceremony became popular, and Tenjin changed its role to sophisticated snacks as a tea flavor enhancer. Sen no Rikyū formally established Japanese tea ceremony as a culture in the Azuchi–Momoyama period (1573-98).
Rikyū preferred to serve a snack called “Funoyaki”, a thin pancake made with wheat flour coated with “Miso” (fermented salty soy bean paste). Snacks of the time were rather simple, such as chestnuts, persimmons, kelps, Manju, and “Mochi” (Japanese rice cake). Manju during the 16th century was not as sweet as today’s ones since sweeteners were still expensive imports.

The Blooming in the Edo Period

The center of Japanese culture was moved from Kyoto to Edo (present-day Tokyo) during the Edo period (1603-1868), leading Japanese sweets to be further evolved.
White sugar was no longer a rare commodity because of the increasing import in addition to the domestic production of sugar “Wasanbon” by the middle Edo period.
Meanwhile, sweets in Kyoto (called “Kyo-gashi”) took its own evolutionary trajectory. It became “Jo-gashi” (the higher-grade Japanese sweets that used white sugar. It is now called “Jo-nama-gashi,” quality raw sweets). Jo- gashi was used for a “Kudarimono” (meaning “the import from Kyoto to Edo”) and was used for diplomatic purpose among warlords, wealthy merchants, and the shogunate.
Toward the end of the Edo period, sweets finally became accessible to commoners. Today’s popular Japanese sweets like “Sakura-mochi”, “Kintsuba” and “Daifuku” were invented then. And they became culturally embodied by eating specific sweets for traditional events, like “Hinagashi” for “Hina-matsuri” (the girls’ festival) and “Kashiwa-mochi” for “Tango-no-sekku” (the boys’ festival). In addition, because of the specific political policies (called “Sankin-koutai”) imposed on warlords during the Edo period, roads and bridges were improved, leading to make trips easier and more common. The increasing information exchange and traffics due to the infrastructural improvement also led to the increase in a number of “Chamise” (wayside teahouse), contributing to the invention of new sweets throughout Japan, sweets which we know today.

The Westernization of Japan

By the Meiji period (1868-1912), more western customs were introduced and had a huge impact on Japanese sweets.
Chocolates and caramel candies came over to Japan during this time. Moreover, the western cooking utensils led a rapid evolution of Japanese sweets, and many of “Yaki-gashi” (baked sweets) have been created since then.
After western sweets came to Japan, to distinguish the difference, Japanese sweets started being called “Wagashi” 和菓子. It was also a time when the hybrids of western and Japanese sweets were invented, such as “Anpan” (bean-jam bun) and “Choco-manju” (Manju with chocolate filling).

It has been more than 1000 years since Kashi was born in Japan.
Wagashi is now introduced as a signature of Japanese culture to other countries.
As the embodiment of Japanese culture, Wagashi has been passed down through generations and still been evolving today.
As one may see by now, the culture of Wagashi has not stubbornly rejected the influence from outside; rather, it has evolved with the flux of time. In so doing, new Wagashis are invented somewhere in Japan, even today. 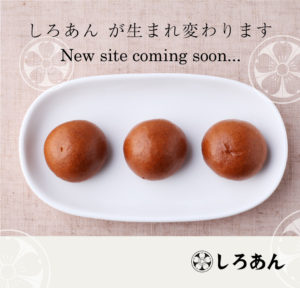 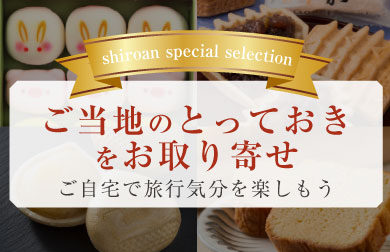 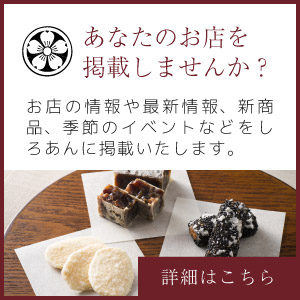